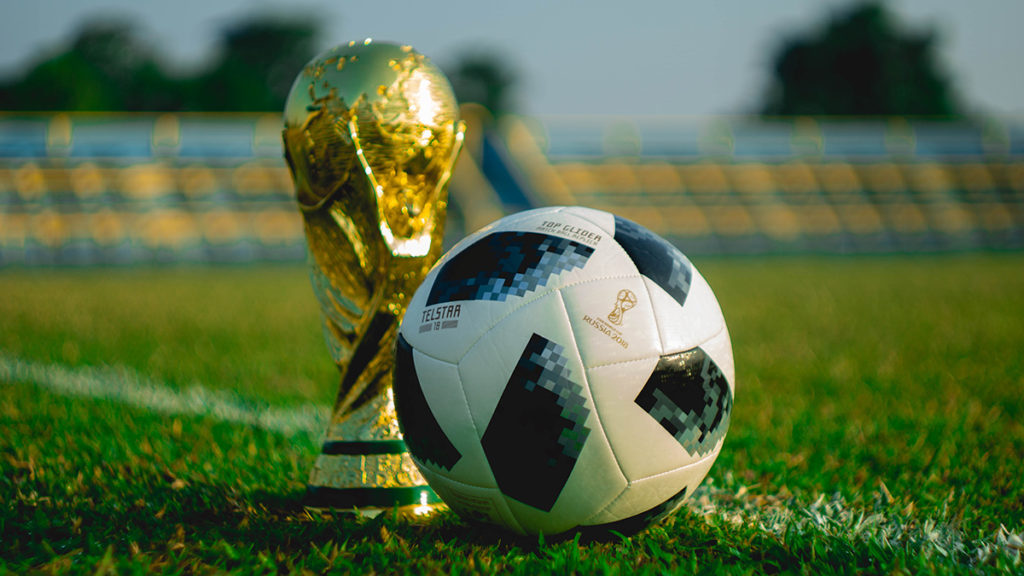 Most of the world is watching the 2018 World Cup with passion. Most countries in the world call it Football, the United States call it Soccer, but after all it’s the most popular sport in the world. Why? Because it’s easy for kids around the world to play, in first world as well as in the third world. A ball, four sweaters or backpacks and you have a football field two galls and a ball.

Now we will look at the other side of the spectrum… There is BIG money in the sport, Neymar got transferred from Barcelona to Paris last year for $220 Millions. He is also making $81.5 Millions a year, for Americans, thats more than Stephen Curry and Lebron James combined.

Of course, I am taking the highest paid player in the world as an example, but that shows you the business aspect of the sport worldwide.

Each team is eleven players and substitutes for each country in the 2018 World Cup. Each coach picked the 23 players the most suitable to compose his team. Sometimes some of the most skilled players in some countries did not make it to the World Cup because they were not fitting in with the team or were not working hard enough for their national team while they were doing great for their club team.

What you need to know is that when you represent your home country you make pennies on the dollar compared to what you make on your club team. You play for your country, for your family, for your roots for your pride. Some people are born with that, some others are born with different values, and that’s why they didn’t make it.

Like in every team, some players are more talented than others, some players are more hardworking than others. You will sometimes encounter team that will all play for their superstar player, and sometimes they will all be as one and that cohesion will be the deciding factor. As you might put that in perspective with the life of an organisation, there are a lot of similarities.

As a big soccer fan, I grew up in France, I have been watching most of the games for the past 5 days since the World Cup started. That included making sure to be up at 3:00AM PST to watch the French Game. And in the first round, just in the past five days, there has been a few surprises already. We will analyze those results and relate them to everyday life.

Spain is a team that was led by a charismatic coach, who announced that he took another position four days before the start of the World Cup, and was replaced by someone else. Now the team is used to play with each other and was able to keep it together. Portugal has one big star player, Cristiano Ronaldo, and his hardworking, motivation and leadership gets him to inspire his teammates and be a their best. During the 2016 Euro Final, where he got injured, he was on the sideline and pushing his teammates to give everything they had. His leadership outside the field got his team to overcome the French team who was favorite. The game between Spain and Portugal was a draw and a great game to watch.

France is one of the leading nations in the game, they are some of the most talented players in the game. Australia is not a big soccer country, the national sports there are Rugby and OZ rules football. So on paper France was a heavy favorite, now psychologically, the French were tense. There is a lot of pression on them and they were not confident. They were not hungry, they do not have a leader. The media has been trying to put two of their best players as leaders and label them as such. But both players declined that role publicly, and said that they are there for the team.

The Coach is not very uplifting, even though he was part of the successful campaigns of a great French team twenty years ago as a captain. Meaning, you could be a great team captain, motivating from the inside. But not inspiring and uplifting from the outside. France still won after a game that was not pleasant to watch, you could see that they were not inspired.

Argentina is one of the world leading football countries. They have won two world cups and have some of the most brilliant players on their offense. Now with their defense it is another story, those guys are not the best in the world. A little like Portugal, they rely on their savior, Lionel Messi, the Barcelona Star has been at the helm of the Argentinian team for over twelve years now, since he was a teenager.

Iceland is a rising team in Europe, they saw their team grow in the past four years only while other teams have been at the top of the nations for almost 100 years. 2018 World Cup is the first time they qualify and they shocked a few nations during the 2016 European Championship beating England in the round of 16th. They are actually the nation with the least amount of population in the 2018 World Cup. But they have their whole country behind their national team. The whole population of 334,252 people is behind the 23 mean reprinting their country. The National pride and patriotism is carrying this team whose coach still works his day job as a dentist. Both team drew with Iceland stopping a penalty kick by Lionel Messi. The Savior could not deliver.

World Champion Germans were still part of the favorites for 2018 World Cup, and still are, they are a big team every time, they won the event four times. Now they have an aging team, a few younger players, but relying on experience. One of their youngest players has had a fantastic season in his own club team but didn’t get selected by the coach for this years event. Why, because his performance was disappointing with the National team, he was not giving it his all. In their first game they were against Mexico, always present at the World Cup but never really advancing through the later stage games. This first game was decisive for the Mexican team. They had determination, and needed to fight with everything they had, play their cards right. And they did, winning 1-0 against the defending champions.

Brazil is the utmost favorite for the 2018 World Cup, and has great individualities at every single position. Their charismatic leader Neymar (mentioned in the first paragraph) leading them. They face the team of Switzerland, that is not flashy, doesn’t have any specific leader, but works really well with one another, their group is tight, and has been playing with each other for a long time, incorporating younger talents as well. Brazil was focusing on its technical skills, while Switzerland focused on team cohesion and working with each other with pace and physicality. Both teams drew 1-1 making it a great performance for Switzerland.

How does all that translate in business

We are dealing with some of the best players in the world, but if there is no leadership from within their team or from upper management, they will not be able to work together and execute. On the other hand, you have teams of underdogs that are led with pride, determination and passion, that will give everything they have to succeed, and they will be able to compete and sometimes overcome more skilled teams.

When you look at this sport, we are going to base our reflexion on three topics. Skills, Tactics and Physical Abilities. The teams that possess only one of those qualities will be stopped at the first stage of the World Cup. The teams that have both of those will play the first rounds of playoffs but will not be able overcome other team in later rounds. Now there are a few teams that have all three of those traits and they are the ones that will be in the semi-final and finals.

Same within teams with the corporate world. To reach the top you need teams that are united, teams that believe in hard work and do it with passion. You can reach certain levels without leadership and determination, but you will never be able to reach the top.

It is not over, things can improve

Now the beautiful thing is that even though the examples above are for the first games, some of the teams that disappointed themselves will react, their leader, coach will motivate them and push them to become better, and reach their actual level. Communication and unity are key for those teams, not seeing individualities but teamwork.

When you see a lot of the younger generations of players with headphones on all the time. They wear those headphones during the warm up, in the locker room, the bus, the plane. Players do not make those key connections with their teammates and stay in their bubbles. They are not creating that bond, that brotherhood that other teams have, and this could be their demise.

The Coach is there to get them to understand tactics. But also to craft them into a real team that works as one. We know the players have skills, this is why they are at the 2018 World Cup. We know they have physical abilities, as they train every day of the year. Tactics is what will take them to the next level. Cohesion within those tactics, and being one. One team, One Country, One winner of the 2018 World Cup.